Types of BMX Bikes and Their Usage

There are different types of BMX riding. And each type requires a specialized bike if you want to perform optimally.

BMX riding developed in the sixties and seventies. Originally, racing was the only thing BMX riders did, and the classical BMX bike was the only type available.

But as new forms of BMX riding came up such as freestyle, new bike types were developed to cater for the specialized skills and terrains required in the new riding styles.

The so-called true BMX is the original BMX bike. They came out in the sixties and kicked off BMX as a popular sport. They were designed in imitation of motocross motorcycles and were built for racing over jumps and around berms in the dirt.

It was not long before they became the most popular type of bike for children and teenagers, even those who were not into racing. The seventies and the eighties were the golden era of BMX, and the original BMX bike was a phenomenal success.

Even today, BMX bikes are designed for racing. But that does not mean you have to use them for racing – anyone can appreciate the lightweight structure, the speed, and the ability to thrive riding in the dirt.

Typically, BMX bikes have 20-inch wheels. The exceptions are the large-frame bikes popularly known as cruisers: they have 24-inch wheels.

Other features of the BMX bike are: knobby tires, small saddle, upright handlebars with crossbars, long cranks and rear hand brakes. The bike has a light, sturdy frame. As a rule, the pricier the bike, the lighter it is.

BMX bikes have a sturdy construction comprising chromoly steel or aluminum. Chromoly frames are somewhat heavier and more economical. On the other hand, aluminum frames are lighter and often consist of oversize or exotically shaped tubing. Plus, aluminum is rustproof.

Their brake mounts are located on the top of the seatways. As a result, they can run a more powerful braking linear-pull brake. They also have a large chainring, and that enables the distribution of pedal force over more chain links.

Freestyle BMX bikes came into existence after racing BMX bikes. As the sport of BMX, flourished, and riders increased their skill and daring, a new genre of BMX began to develop. With the increase of skill, some BMX riders began to focus on mastery and bike handling.

The genre of BMX freestyle riding broke away from BMX racing, and focused on the execution of tricks, stunts, and so forth.

Freestyle riders mixed up flatland tricks with aggressive street riding and stunts such as getting vertical at skate parks to develop a truly awe-inspiring form of BMX riding. Freestyle bikes were more suited for pulling such stunts than the original BMX bikes were.

The freestyle BMX bike is also ideal for travelling back and forth in your neighborhood: school, work, the store, and so forth.

While the original BMX is lightweight, freestyle bikes prioritize sturdy construction over being lightweight. Their wheels are usually made of sturdy nylon; heavy-duty models come with 48 spokes in their wheels.

Their tires are thick: at 20 x 2.125 inches, or wider. And they have fairly smooth treads because they are predominantly used on pavements.

They often come with axle pegs – on which a rider will stand when performing a trick. However, some manufacturers do not include them – but you can always add them on your own, if that is the case.

Freestyle bikes have both front and rear brakes. Since the front cable is routed through a “rotor” or “detangler”, you can spin the handlebars completely around without tangling the brake cable.

Dirt jumpers are the bike you are looking for if you want to get airborne while riding. They are specially designed to enable jumps.

They are thicker than BMX bikes but lighter than freestyle bikes. Typically, they do not have front brakes, and their thick wheels have 36 rugged 13-gauge spokes (freestyle bikes have 48 spokes).

Some of them have 24-inch wheels (cruisers) – such jumpers are ideal bikes for larger riders.

The tires of dirt jumpers are heavily treaded – more so than any other BMX bike types.

These are the most specialized of all 20-inch wheel BMX bikes. They have a unique frame geometry and components that prevent it from being useful in any terrain other than its natural terrain which is, as its name suggests, flat land.

Flatland bikes enable a style of riding that that some people compare to break dancing. It is an amazing performance, where the riders are in constant motion, balancing on their bikes, manipulating them into various positions, and working the wildest of tricks and stunts.

To make such stunts possible, the flatland bike has a smaller frame than what is standard in most BMX bikes. The wheelbases is also shorter, which makes it possible for the rider to whip the bike around with exceeding ease.

The bike’s top tube and down tube are uniquely styled, giving the rider extra clearance to move while riding.

As a result, you can roll the bike toward any direction while maintaining the same foot orientation – this gives you balance, and is ideal for performing tricks.

The zero-offset fork enables a direct line of pressure coming from the handlebars and into the front-wheel and axle, which provides a great balance point for the bike’s front end.

Flatland bikes come with an array of brake setups. The most common is: both front and rear U-brake. That makes a cable detangler necessary for preventing the brake cable from winding around the frame as you perform tricks such as bar spins.

What’s your favorite type of BMX riding? And are you sure that you have the right bike for the job? The aim of this article is to help you figure out if the bike you have is suited for the kind of riding you do and the terrain you ride on.

Thanks for this useful review, I like it. This review help to choose the best bike. 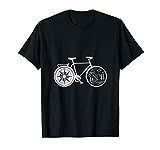 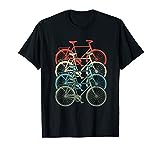 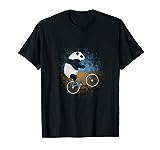