Quality cruisers are a blessing!

But the poor ones can often feel like a curse. Because they not only consume your time but waste your money as well.

That’s why you need a bike that rides like a dream, lasts long, and won’t break your bank.

Enter SixThreeZero Beach Cruiser Bicycle, which has everything you can ask from a cruiser.

Interested? If you are, then read on to find out more about the bike as I’m going to share an in-depth review of this cruiser with you.

Just a decade ago a few bike enthusiasts formed the sixthreezero to make bike riding a thoroughly enjoyable experience. Though initially, they used to sell bikes from their garage, eventually they transformed into a huge company which now sells beach cruisers all over the country.

We all know how assembling the bike can be a pain. The manufacturers are also aware of that and hence send the bike arrives 85% assembled. That way there’s not much left for you to do. The cruiser bike features coaster brake which is of fine quality.

Especial attention has been given to the design as it looks nothing short of stunning. I doubt you can find a better looking cruiser bike out in the market. Moreover, it has been designed in a way to support really tall guys. Regarding weight capacity, it can hold up to 300 lbs.

As of the gears, you can choose from three options (single-, three-, seven-). They have done a fine job making the gears easily switchable. Also, the construction of the bike is commendable and is able to endure rough use.

I have a confession to make: I am weak toward matte black. But honestly, who isn’t? It’s not humanly possible to not love matte black.

Nonetheless, if you turn out to be an exception (which I doubt very much), then you have the option to choose orange.

Along with the forward pedaling design, the elongated frame ensures an effortless ride.

Moreover, the handlebar is long and curved so that you can ride the bike in a comfortable manner.

The only problem with the design is that the bike doesn’t include fenders. That means you can’t ride if it’s raining without getting your clothes dirty.

Nevertheless, by spending some extra few bucks, you can get fenders for the commuter.

Options are a good thing but can also make you a bit confused.

To make things clear to you, here I will talk about the different models.

The single speed is for ordinary rides such as a trip around the neighborhood or riding at the beach.

But if you get the three-speed model, it will bring a tad more versatility to the package. It’s somewhat powerful than the single-speed version.

Due to the fact that the 7-speed model comes with seven gears, it’s the most powerful version of all of them.

It’s worth mentioning that the bike is way faster than the traditional bikes.

The build quality of the bike is one of the best in the market.

You don’t need to worry about it getting broken, as it’s incredibly well-built. Durable doesn’t even describe how well made the bike is as it’s basically indestructible.

Coaster brakes, a firm favorite of the most riders, have been employed to give you more control over the vehicle.

Don’t know how to use it?

With the coaster brakes, you just need to backpaddle to stop the bike. It’s pretty responsive and will have your back when you need to halt the bike at once.

I have nothing bad to say about the saddle, as it’s very comfortable.

In addition, it’s very wide and well-padded so that you can cruise around for a long time without putting any uncomfortable pressure on your bottom.

According to the manufacturers, this one can support up to 300 lbs.

Well, they are wrong.

No need to get worried as they are wrong in a good way.

This vehicle can hold up to more than 300 pounds.

So, even if you weigh a lot more than a normal person, you have nothing to worry about.

While riding a beach cruiser is extremely fun, assembling a bike is simply annoying.

But putting the bike together won’t get any easier than this one. Keeping user’s interest in mind, they send the bike 85% assembled.

That means you will need to do very little to set the vehicle up.

All you need to do is pump the tire, attach it to the main body, and you’re good to go.

But before going on a ride, you need to adjust the seat and the gearbox.

The entire process shouldn’t take you longer than 15 minutes.

It’s been made of steel. The frame is sturdy and made to last years. It can absorb shock very well, hence making your ride smooth.

No, it isn’t. On the contrary, it’s very lightweight weighing about 30 pounds.

3. Does the unit include a kickstand?

It does. Nonetheless, it won’t arrive attached to the body. You will have to install the kickstand on your own.

4. What’s the weight capacity of this beach cruiser?

It’s around 300 pounds. That’s amazing considering how most of the cruisers are usually rated around 220 pounds.

5. Do fenders come with the bike?

Unfortunately, no. However, you can buy fenders from any local shop for 10-20$.

To be honest, I this is a pretty good deal.

The cruiser has great features, built well, and doesn’t cost you a lot.

The only real problem with the bike is that the seat has a hard time being stationary, but that is no big deal. For you can replace the seat any time you want.

Overall, I believe it would be next to impossible to find a bike of better quality at this price point.

Ultimately, the decision depends upon whether the bike meets your requirements.

So, let me know if the bike has managed to meet your requirements. 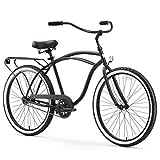 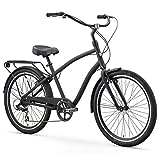 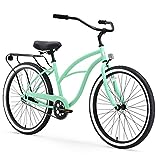 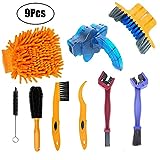 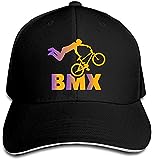 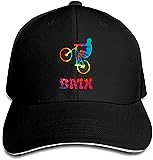