Last Updated on 1 month ago

Bicycle lovers often are forced to give up cycling either due to an injury or old age.

As most of the bicycles out there are very demanding; their body fails to cope up with the demands.

But cruisers such as the 6KU Fixie Urban Track Bike is different.

It allows you to continue riding bikes even if you have back problems or turned 50.

It’s been designed in a way that lets you maintain an upright posture while riding and has been made it easy for you to paddling with minimum effort.

Below I’m going to review the cruiser thoroughly so that you can find out if the bike is worth it.

So, let’s get started.

Considering the price point, it’s natural for you to get suspicious about the bike. Is it really possible to offer a quality bike at such a low price?  I can say with full confidence it’s 100% possible, and the 6KU have done it.

What about the brand? In their official website the 6KU claim that their only goal is to provide top-grade products that are affordable to all classes. As I am not an expert in reading one’s heart, I can’t determine the veracity of the statement. But one thing I can confirm is that each of their product presents immense value for the money.

This one really shines in the visual appearance department. Just one word to describe the look; stunning. Apart from looking beautiful it also runs very well. And the wide tires will ensure that your ride isn’t interrupted by shocks from bumps. Regarding the brakes, they work fine and can be easily removed.

You will find it exceedingly difficult to find a cruiser that weighs less than this one. That’s because the aluminum frame has been used in the bike to make it lightweight. Putting together the two-wheeled machine is a breeze as most parts come already mounted.

The matte black finish has given the bike a bad ass look. It’s so good-looking that it gets very difficult to pry your eyes off the bike.

It gives significant room for leg extension, and due to the clever design, your hand will rest at the perfect distance from your body.

The bike is available in several sizes. That means you can choose a bike that fits your height perfectly.

Due to the aluminum frame, the cruiser is very light. That said it could feel as carbon-like due to the high-quality welds.

Nevertheless, you won’t be thrilled with the plastic pedals as they look below-standard. Thus, you’d be well advised to replace the pair of paddles with a metal set.

This s a single-speed bike meant for roaming around the neighborhood or going to the workplace.

But if you have hills to climb, no matter small or large, this one just won’t cut it.

So, when you purchase a bike make sure to check with yourself what kind of purpose do you want your bike to serve.

Unlike other cheap options, this won’t give you saddle soreness.

But that doesn’t necessarily mean that the seat is very comfortable.

I’d rate the saddles as an average one which does an ok job of making your bottom comfortable.

However, should you prefer softness you can always replace the seat with a plush one?

The point is the lack of softness shouldn’t certainly be a deal-breaker.

There isn’t much to say about the brakes apart from that they do their job well.

Though I won’t call the brakes the bike’s strongest point, it is certainly not the weakest one.

Rather, when you take the price into account, the brakes seem really good.

According to their official site, the single-speed cruiser can support people that weigh less than 250 pounds.

They are speaking the truth and putting someone who weighs more than 250 lbs on the bike would be pushing the limits of the cruiser.

The biggest problem of the most budget bikes is that they are very hard to assemble.

True, they come with some parts assembled, but more than often those parts are mounted wrong. As a result, you find yourself dismantling the bike before you can begin putting it together.

But that’s not the case with this one.

The setup is as easy as it gets. Most of the parts come already assembled, and most importantly, correctly.

You’ll be glad to know that there are markings on various parts containing the instructions to help you put this thing in the right manner.

1. How much does this thing weigh?

Weighing about 21 pounds, it’s one of the most lightweight bikes out there. Being lightweight makes it easier for you to ride the bike with less effort.

2. What’s the weight capacity of this bike?

It’s rated for 250 pounds. However, it can hold up a few more pounds than the stated maximum weight.

3. Does the bike come with benders?

As you can see in the pictures that there’s no fender attached to the bike. But you have the option to buy it separately.

4. Is it possible to attach a basket to the bike?

Yes, you can put a basket on the cruiser without a hitch.

5. Is the frame made of steel or aluminum?

In my opinion, there’s no other bike at this price range that can come remotely close to this one I terms of quality.

If you have the same opinion as mine, buy it. If not, well there’s no dearth of quality bikes in the market. Right? 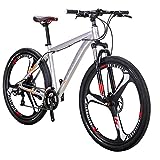 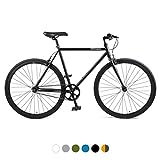 Firmstrong Bruiser Man Beach Cruiser Bicycle: To Buy or Not? 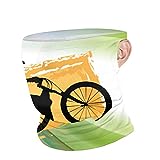 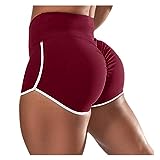