Safe Cycling in London: Tips for Navigating The Roads When Riding

Last Updated on 8 months ago

Cycling around London is a great way of getting to know the city and of keeping fit. Cycling also means that, barring accidents or the dreaded puncture, you are pretty much guaranteed to arrive in work on time - not something you can say when you travel by tube or bus.

Safety should be at the forefront of every cyclist's mind, particularly when cycling around a hectic city. So here are a few things to bear in mind when travelling on two wheels around London:

Coping with Traffic when Cycling Around London

London is a busy city and, despite the introduction of the Congestion Charge, traffic around the city centre is still pretty hectic. Lorries, taxis and bendy buses are the bane of every cyclist's life and need to be given a wide berth at all times.

Here are some tips to bear in mind when negotiating traffic in London:

By taking care and using your common sense, you'll find cycling through the streets of London can be a real pleasure. You'll discover parts of the city you never knew existed, and will soon realise that the city isn't as vast as it initially seems.

Gravel Bike vs Mountain Bike: What Are The Key Differences?

Difference Between Road Bikes and Touring Bikes: Which One to Choose and Why?

How Often Should You Change Your Bicycle Chain?

Diamondback Topanga Review: Worth Giving It a Try?

DIY Bike Tune-Up At Home: Save Money, Save Time

Understanding Bike Gears – How to Use It for Newbies?

Windsor Bikes: A Deeper Look into Their Bikes

Gravel Bike vs Mountain Bike: What Are The Key Differences?
Difference Between Road Bikes and Touring Bikes: Which One to Choose and Why?
How Often Should You Change Your Bicycle Chain?
Mountain bike vs Road Bike vs BMX: Key Differences
Diamondback Topanga Review: Worth Giving It a Try? 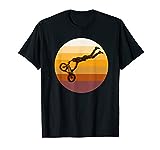 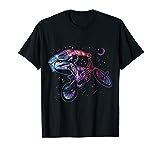 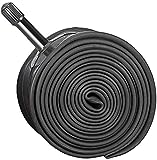