Gravel Bike vs Mountain Bike: What Are The Key Differences?

Last Updated on 4 weeks ago

If you wanted to pick a bike just a few years back, it would be as simple as choosing between black and white as the differences were apparent between the varieties. But times have passed, and many distinctions have been blurred now.

There has been a constant change In the bike categories. Back in the old days, the distinction between a mountain bike and road bike was clear, but the contrasts have eroded with time. If you decide to get a bike for you, it is a bit hard to choose now.

However, there is always a specific tool for your needs, and although the differences are flattening, there are still significant differences between them that make each of them unique.

Differences between a gravel bike and mountain bike

In terms of design, a gravel bike is similar to a road bike or a cycle cross bike. The shape is tall and has a slick design. This bike offers more comfort, but it is slightly less responsive against off roads.

Mountain bikes have shorter frames than gravel bikes. It offers less comfort because you want maximum responsiveness while grinding hard on the paved wilderness rather than a relaxed ride.

Mountain bikes are made of aluminum and carbon fibers most of the time.  The frame has to be light because it will need to be carried at times. The lightweight also allows it to be fast while turning and moving in speeds.

Gravel bikes are somewhat more substantial and stiffer because it is designed to carry loads. The heavyweight makes it easier for the rider to keep the bike stable while riding in speed and also allow for a standard riding position.

Disk brakes have many advantages over cantilever brakes. The primary benefit is that it doesn’t matter if the bike rim is damaged or not. The disk brakes can work on their own and don’t depend on the rims.

Gravel bikes have been using disk brakes extensively as it can protect from bike falls on wet or slippery roads. The disc brakes can give you a lot more stable braking on uneven surfaces.

Mountain bikes have used cantilever brakes in the past, but since 2010, disk brakes have been used with the bikes. And this one of the best things to happen with the bikes.

Mountain bikes have slimmer tires. Although there is room to get a larger tire, that extra space is used as mud clearance. Depending on the track type, you can choose a variety of tires.

Gravel bikes have a thicker, more massive tire in general. It is better for a stable ride.

Recently there is an increasing demand for tubeless tires. As there is no tube inside, the tires aren’t sensitive to any punctures from sharp objects. It can be a safe alternative from the tubed tires.

Mountain bikes have a narrow and specific purpose, and they are made accordingly. Starting from lightweight shorter geometric frame design to all the features, everything single design factor has a meaning behind it.

If you’re riding just for a relaxed fun time, you better go with gravel bikes. You may not like the aggressive riding style of a mountain bike at this moment. You’ll feel comfortable riding a regular gravel bike for a long time.

If you’re not into exploring different roads and more interested in fast-paced short time adventure, then go for an adventure bike. You can customize your mountain bike depending on your needs and have the best riding experience.

After going through this article, hopefully, now you have a clear idea on which one to choose for your next hobby or adventure. Each of the bike categories is specially made for riding types, and you should try to experience both of them. 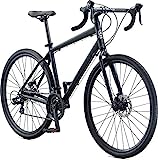 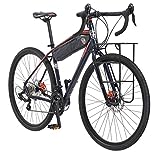 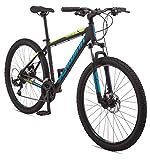 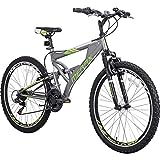 Difference Between Road Bikes and Touring Bikes: Which One to Choose and Why?

How Often Should You Change Your Bicycle Chain?

Diamondback Topanga Review: Worth Giving It a Try?

DIY Bike Tune-Up At Home: Save Money, Save Time

Understanding Bike Gears – How to Use It for Newbies?

Windsor Bikes: A Deeper Look into Their Bikes

Difference Between Road Bikes and Touring Bikes: Which One to Choose and Why?
How Often Should You Change Your Bicycle Chain?
Mountain bike vs Road Bike vs BMX: Key Differences
Diamondback Topanga Review: Worth Giving It a Try?
DIY Bike Tune-Up At Home: Save Money, Save Time 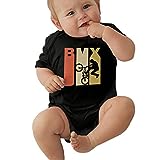 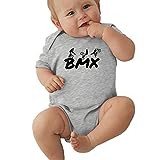 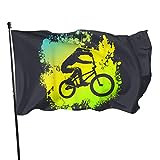