Giant Iguana Mountain Bike Review: Pros and Cons of This

An entry-level bike like the Giant Iguana shouldn’t be so surprisingly unlucky in terms of marketing. And it is not a surprise because it is incredibly affordable for its quality, but because it can offer an outstanding performance despite its low-range construction.

Taking a ride with the Giant Iguana is enjoying a smooth, comfortable, and fascinating trip – especially if you know how to get the best from it. And of course, it doesn’t lack anything in quality, as it will not only help you have the most fun in a single ride, it will also allow you to do it for years.

Nonetheless, the Giant Iguana is a bike that got a lot of appraisals, but also a few gripes about some of its features. Take a look to find out more!

Advantages of the Giant Iguana

Any biker who knows what a hard-tail does will feel like the Iguana is more than a simple mountain bike. For a bike that is in the entry-level range of mountain bikes, it is incredibly strong.

The build was thought out to provide exactly that – a super strong performance that every biker who wants to go hard with it could enjoy. You simply won’t experience any drawback while using it, whether it is on the road or in the rockiest, bumpiest, or hardest of paths.

And even more so if you an expert who can get the most out of it. The more you know about bikes, the more you will feel like the Giant Iguana is an outstanding performance. It is a bike full of reliability, strength, and overall technique.

One of the things that makes the Giant Iguana stand out from the crow is its ability to go on any path without problems. But it doesn’t mean that it offers the most robust and most reliable builds, it also says that going anywhere with it is the most comfortable &smooth ride you will have.

If it is a high steep, you will ride it like a champ; if it is a parallel descent, you will glide like an animal. And of course, its solid gearing and the pedaling system just makes it even more exciting to use.

Especially when we talk about the 9-speed Shimano RapidFire SL drivetrain and the rest of the components, you can clearly see for what purpose this bicycle was made.  Whether it is technical, harsh, or extreme use – the Giant Iguana will provide you top-notch performance.

Even more than being just a strong unit, the Giant Iguana is also really long-lasting. From the frame to the brakes, shifters, and even the tires – the Iguana is a durable companion that will take you anywhere without problems.

Especially for a trail bike that can receive shock after shock, bump after bump, and hit after hit – the Giant Iguana seems like one of the most reliable out there. Even if you get it for extreme off-road trips, you will get a lot out of this bike in terms of use.

For a mountain bike so affordable, the riding experience of the Iguana is merely outstanding. Outstanding because it is not only one of the smoothest on the road and trail, but also one of the faster bikes you can get.

With the proper shifting and position, using the Giant Iguana to go at high speed is a total blast. Even on trails, the speed of the Iguana will surprise any expert, as its low-range build seems like offering much more than that.

Light for a Mountain Bike

Weighing around 35lbs depending on the components, the bike seems a little heavier than most. However, when it comes to mountaineering, it is almost a perfect weight.

Mountain bikes need to be strong and thus heavier than other types of bikes. And that’s translated immediately into less speed and a little less maneuvering. The Giant Iguana has all of that.

It is not as heavy as the strongest bikes out there, but it isn’t as hard to use either. It is almost a perfect bike at a low price range that you can get if you love off-road trails.

Disadvantages of the Giant Iguana

A common complaint about the Giant Iguana was the form of its seat. It is maybe the only part of the bicycle that most people felt like changing before hurting their butts.

And it wasn’t because the saddle was too large or too small, it was because its shape was one of the worst ever made. The WTB Speed, especially for a mountain bike, was undoubtedly not suited for the Giant Iguana. And that was apparently sensed by most users.

Tires Are Not Good

Another usual complaint most users had with the Iguana was the form and size of its tires. The Kenda Blue Groove on the front and the Kenda Nevagal on the rear were not the favorite tires for enthusiasts of off-road trails.

It all comes down to the shape and the 26-inches height. Not enough for a mountain bike of this quality.

Is the Giant Iguana a Bike for Hard Off-Road Use?

Bikes that are affordable like the Giant Iguana are not usually the best bikes for harsh trailing in the mountains. This bicycle, however, is the perfect choice for anyone who wants to go hard-trailing but doesn’t have the money for a high-range option.

Why? Simply because the Giant Iguana is one of the most responsive, smoothest, fastest, most reliable, strongest, and better-built bikes ever made. Especially for its fantastic price, the bike will get you farther than any other – and that's saying a lot!

Despite a few drawbacks, the bike is still one of the best, not only for its price but for its excellent quality overall. If you are a mountain lover who likes to go riding some bikes from time to time – then you will find the Giant Iguana a perfect choice.

Every Bicycle Categories and What They Mean Actually!

Diamondback Haanjo Review: Is It Worth The Hype?

Diamondback Mason 2 Review: How Good is It? 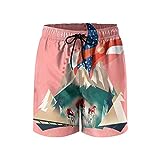 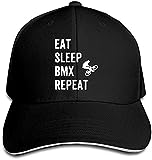 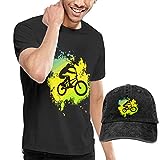