Last Updated on 3 months ago

As I once was a kid, I know very well that there’s no gift for a kid better than a bicycle?

Because it’s more than a two-wheeled vehicle to them.

To them, the bike means freedom.

So, you gotta be careful while choosing a vehicle for them.

You need something reliable and quality.

But that doesn’t mean it needs to be super expensive. On the contrary, you can get some really good bikes at a low price.

And in this article, we are going to talk about such a bike which offers a lot of bangs for the money.

Without further ado, let’s get started.

Since being founded in 1984, Dynacraft has given some of the best bikes to the consumers. The USP of their company is that they offer their bicycles at a really low price without compromising quality.

One thing that I can say with certainty is that your kid will love the bike. What gives me such confidence? The beautiful design. Though it comes in three colors, each of them is great. Also, this thing is well-constructed and should easily give a few years of service.

What’s also impressive is the coaster brake. They aren’t complicated and easy to use. More importantly, they are reliable and will have your kid’s back all the time. Though I won’t call the seat the softest out there, it’s certainly one of the best at this price point.

The only drawback of the bike is that it has below-standard tubes. The tires keep losing air which is really frustrating. Regarding assembly, it’s relatively easy and shouldn’t take up much time.

The makers have done an excellent job giving the bike an attractive look.

It’s colorful, and the paint is great.

Available in three colors, you can choose among black, red, and white.

Unlike most of the cheap cycles, the handlebars are at a perfect distance from the seat which makes riding a bit easier.

This one runs very fast, but not that fast to put the kid in danger.

I believe your child will be delighted with how this thing runs.

The coaster brakes, which I believe is the most important piece of a bike, can apply equal and solid pressure.

Also, their minimalist appearance contributes to the great look of the vehicle.

The best thing about the brakes is that you can rely on them to keep your kid safe.

As I have mentioned earlier, the seat is pretty good considering the price.

It’s wide and soft for a kid and won’t give your child saddle soreness even if he rides it for an hour.

Overall, I’m very pleased with the seat due to the support it provides.

As you can understand very well, this thing is made for kids and unlikely to hold up much weight.

The makers claim that it can support about 110 pounds. But in truth, this thing can hold up about 130 pounds which is really great for a child brake.

Also, they mention in the product description that this guy is meant to be used by kids of 6-10 years old. So, keep that in mind before you decide to invest money in this bike.

Components aren’t the greatest, but it’s certainly good for the price.

The steel frame seems solid and can withstand rough use.

True, a lot of plastic has been used to make this thing, but that doesn’t make the bicycle less durable.

In fact, it’s one of the most well-constructed kid bikes out there.

The biggest issue with this bike is the tubes. They keep losing air without any apparent reason.

I know what you are thinking. That cheap rubber has been used for the tubes, and that’s the reason for losing air continuously.

But I believe cheap rubber isn’t the primary cause behind the air loss as the rubber seems pretty good quality. Rather there must be some issues with the machinery.

Nonetheless, it would be better if you swap them out with better tubes. You can get them for 10$ on the internet.

Heavy bikes can make the ride a bit difficult and less enjoyable.

So, it’s important that the commuter is lightweight so that your kid can enjoy cruising around with the bicycle.

Fortunately, this thing is fairly light for a steel frame and won’t cause any discomfort to your kid.

The setup process is intuitive and doesn’t take up much time.

If you have moderate knowledge about bike assembly, you’ll have the bike on the road in 20 minutes.

As most of the parts come pre-assembled, you just need to put on the handlebars, seat and the front wheel.

1. What’s the weight capacity of this bike?

According to the official website, the bike can support up to 110 pounds. Though it is known to hold up more than that, it’s better if the rider is below 110 pounds.

3. Does the bike include a kickstand?

Yes, it comes with a kickstand.

4. What tools do I need to assemble the bike?

You’ll need a screwdriver and adjustable wrench to set this thing up.

5. Can you change the speed?

No, you can’t change the speed.

If you consider the overall package, it’s terrific value for money.

Yes, they are a few drawbacks, but they are minor and shouldn’t deter you from purchasing the bike.

Nonetheless, it’s up to you to decide if the bike is worth the money. So, let me know what you have decided. 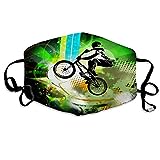 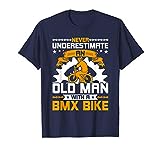 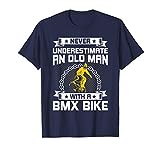