BMX Olympics – Everything You Wanted to Know About it

The Olympics, the greatest show on earth includes sports that are popular with the athletes all around the world. To the BMX fans, it is the greatest sport, but it was only included in the Beijing Olympics back in 2008.

For qualifying to the Olympics, the UCI sanctioning body had to go through many ups and downs. If you are thinking about taking BMX as a career, you must target for the highest, which means achieving a gold medal in the Olympics.

Whether you are a professional or not, who wants to know about BMX in the Olympics, sit tight. We are going to tell you about the journey a bit, followed by how to qualify for the next Tokyo Olympics in 2020.

BMX in the Olympics

It all started at a conference in Prague in 2003. UCI sanctioning body proposed the Olympics committee to include BMX to their event. The committee accepted their proposal and included BMX in the Olympics Beijing 2008 event.

Since then, BMX has been played in the Olympics till today. In the London Olympics 2012 and Rio Olympics 2016, people around the globe had watched this game and were highly entertained by it. But before coming to this event, BMX had to go through many developments.

The main problem that the UCI had to go through was about preparing a new playing track. As you know, BMX is a game which is only played in North America, in parts of Europe. Now, where you will find a gaming track for BMX in Beijing?

UCI took the challenge and the responsibility on their shoulder. In the Olympics, people from around the globe watch the event, so BMX needs to be exciting enough that the people are going to love it. They started building more extreme tracks that will make the crowd excited.

In 2005, UCI experimented with their 8-meter high starting hill. Starting from such high distance was able to give a powerful boost to the riders, and also it was pretty thrilling to see.

Also, they built a track for the Olympics with lots of hills so it became quite exciting to see the riders flying more often. All UCI was trying to prove that; it was worth letting BMX enter into the greatest event on earth.

There were events for both men and women in the BMX Olympics. On that event, Latvia was able to made a significant impact and won the gold medal in both Beijing and London event. United States was smart enough to won the silver and the bronze medals in 2008.

Later on in London Olympics, Australia won the silver and Columbia won the bronze.

BMX world with its fans is looking forward to the next event of the Olympics. The event is going to take place in Tokyo Japan. After plenty of rumors, the UCI has finally released information about how the riders will qualify for the Tokyo Olympics.

The event will be for both men and women. Total 18 riders will compete in the Tokyo Olympics. Eight from men and eight from women. The qualification process is the same for both the gender.

Japan as being the host country, there will be one man and one woman from Japan as well. And if the host country qualifies through one of the other pathways, another country will have the chance for qualifying.

For example; if Baltic Games in Poland become UCI sanctioned event in 2019, it will open opportunities for the riders to qualify. Highest point earning two riders will form an Olympics qualification ranking. This ranking is used for qualifying countries at the end.

If you are the only representative from your country, you have to face a very tough time to qualify in this way.

The countries that score the most points will send two riders each. Currently, Russia, USA, UK, and Australia are the front-runners here. 2nd to 5th placing countries will send only one rider each.

In 2019 UCI Urban World Championships, two riders will qualify for their countries placing the highest position. If their county is already on the list, then the chance will go to the next highest ranking country to qualify.

The lone riders from their countries will have their best chance at this point.

You cannot just jump to the event with all you have. There are certain requirements that need to be followed for showing up in the event.

To compete in the Olympics, bikes of minimum 6.8 kilograms (15 pounds) are allowed by the UCI. The bike must have clipless pedals, and the rider must wear a full-face helmet.

The bikes are allowed to have power meters. It will inform the rider of real-time data such as power, speed, fitness scores, and cadence.

Also, Check These Conditions If You Are From The UK

The Great Britain Cycling team has set conditions that need to be followed to qualify. Seems like, they know what it takes to have the gold medal. The riders can apply only when they fit these conditions -

BMX is not something that is only played only in western countries. Its popularity massively increased after the Beijing Olympics 2008. And day by day, this game is becoming more exciting sport to watch.

Every athlete has the dream in the deep down their heart to perform in the Olympics. So does the BMX riders. If you want to take this sport as a profession, set in your mind how the riders are qualifying to this event. And work on it from now on.

Science of Sport: BMX
Buy on Amazon
Bestseller No. 2 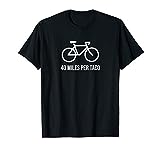 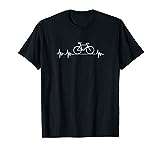 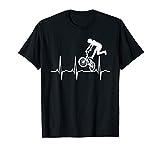